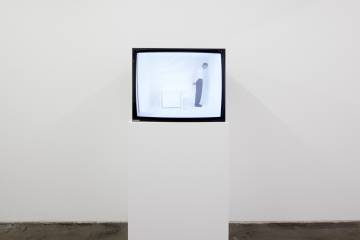 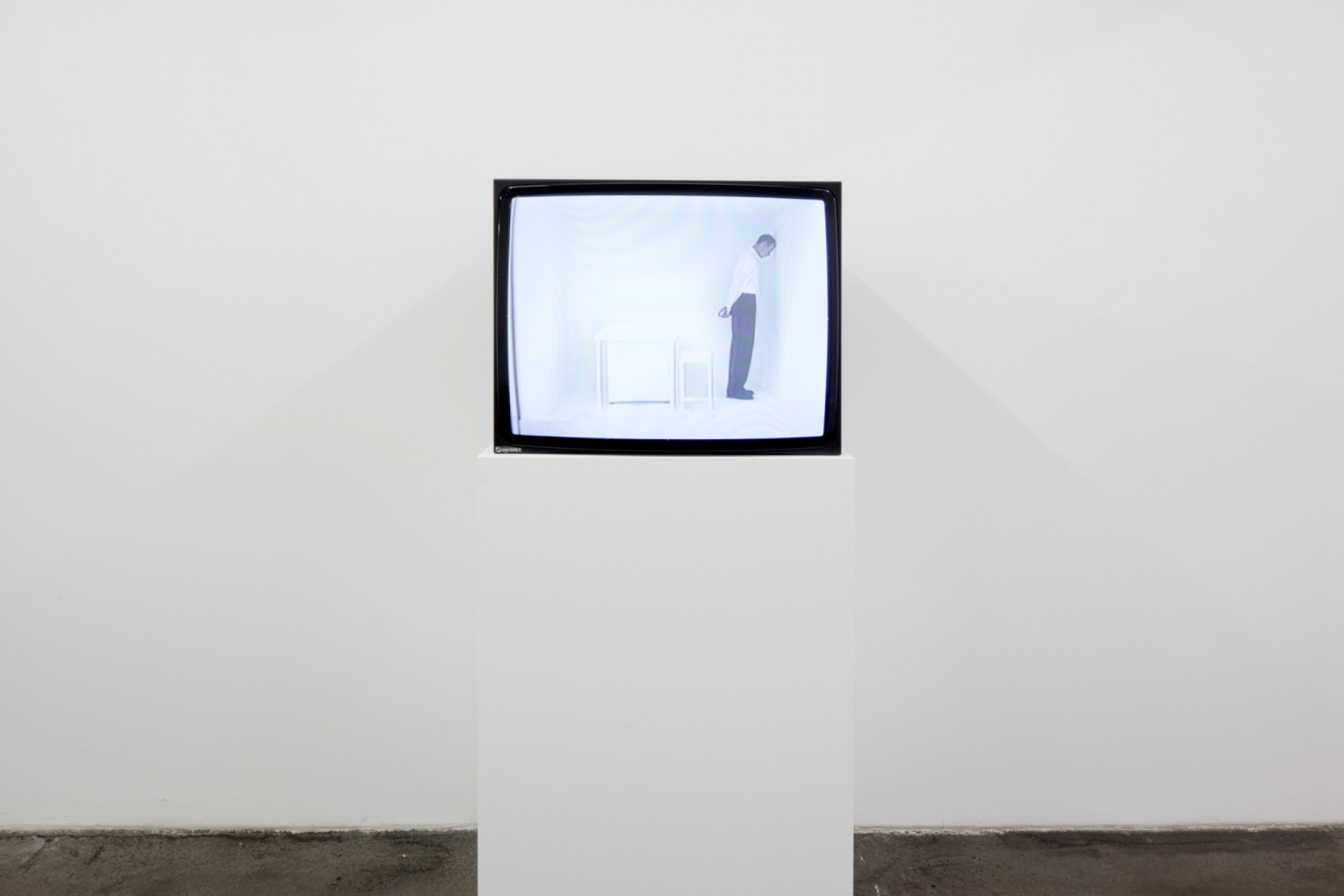 After cutting short his military service in Israel, Absalon dropped out and lived in a wooden hut on the beach in Tel Aviv, before finally emigrating to Paris in 1987 to study. Sisyphos (1986), one of his early works, is a fragile construction made of wood, paper, clay and thread that was created before his departure. Six years later, Absalon died, presumably due to complications resulting from AIDS.

The artist’s work, which is dedicated to an exploration of space, is correspondingly self-contained and complex. In 1992 Absalon built a group of mostly whitewashed geometric cells, called Cellules, their size geared to the proportions of his own body. They are reminiscent of forms of Bauhaus architecture, starkly reduced to basic shapes such as cube, cylinder and triangle. The cells are not governed by any notions of social utopia but correspond instead to his living situation. The bunker-like boxes, 4 to 8 square metres in size, operate as an intermediate space, somewhere between private and public, and are furnished very sparsely, with a kitchen, bathroom with toilet, bedroom and workspace; their purpose is to hide and protect. Absalon carefully planned his movements within the cells. The artist intended to inhabit these dwellings, which were designed as individual cells, during his stays in Paris, Zurich, New York, Tel Aviv, Frankfurt and Tokyo. The planning of all the structures is subject to the physical constraints applied by the artist in an attempt to make his own life more compact; at the same time, they can be read as a criticism of the social and cultural norms and dictates that provide for life in a family community.

The video Solutions (1992) shows how Absalon moves within the cave-like environment, his manoeuvring conditioned by the tight space he is in. He stands, sits, rearranges things, removes his black clothes, climbs into the bathtub, deals with his body, his needs and the options for storing his gear. During the final year of his life, he made videos from inside the cells, including Bruits, Bataille, Assassinats, which show escape attempts; these can be read as a reaction to his physical and mental struggle with AIDS: screams, boxing exercises in a circle without opponents, knife attacks.