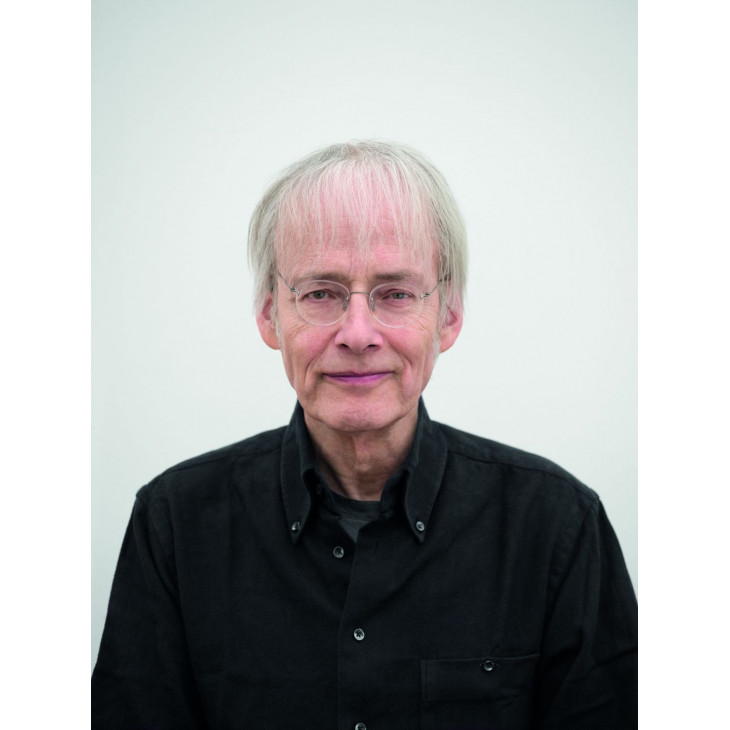 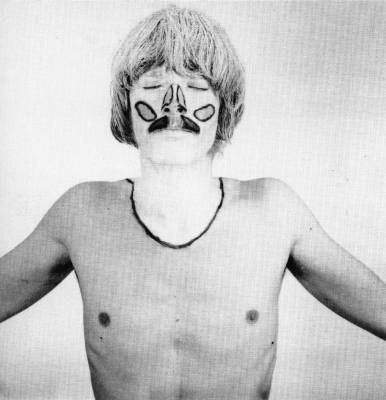 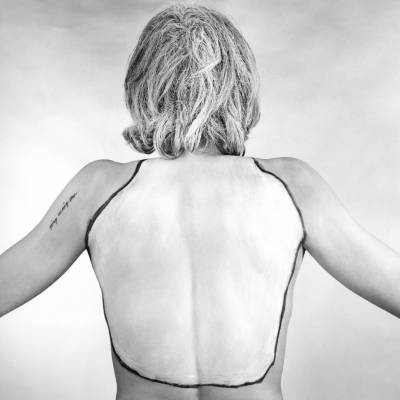 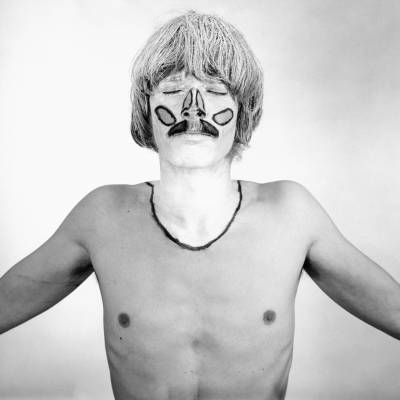 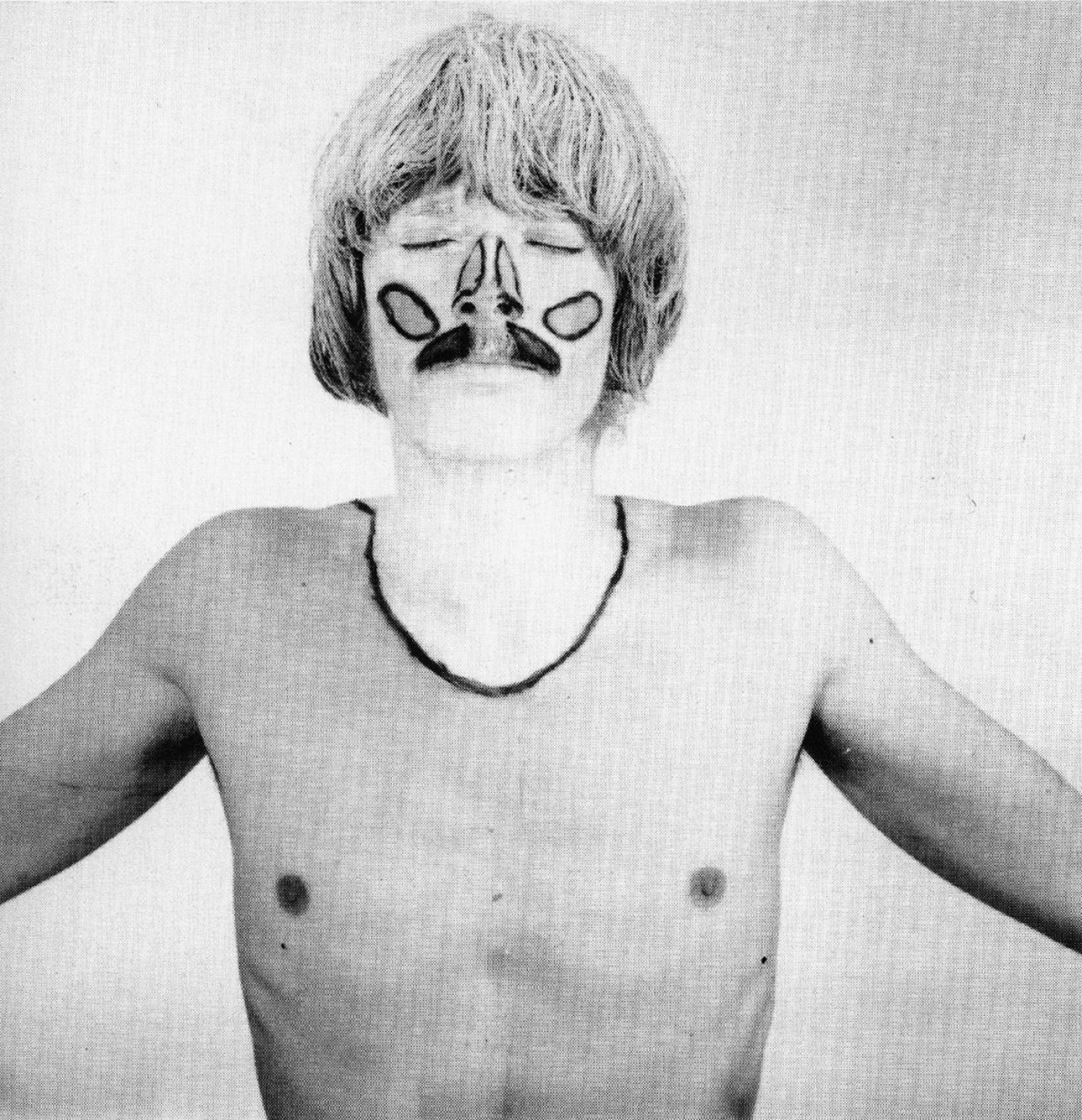 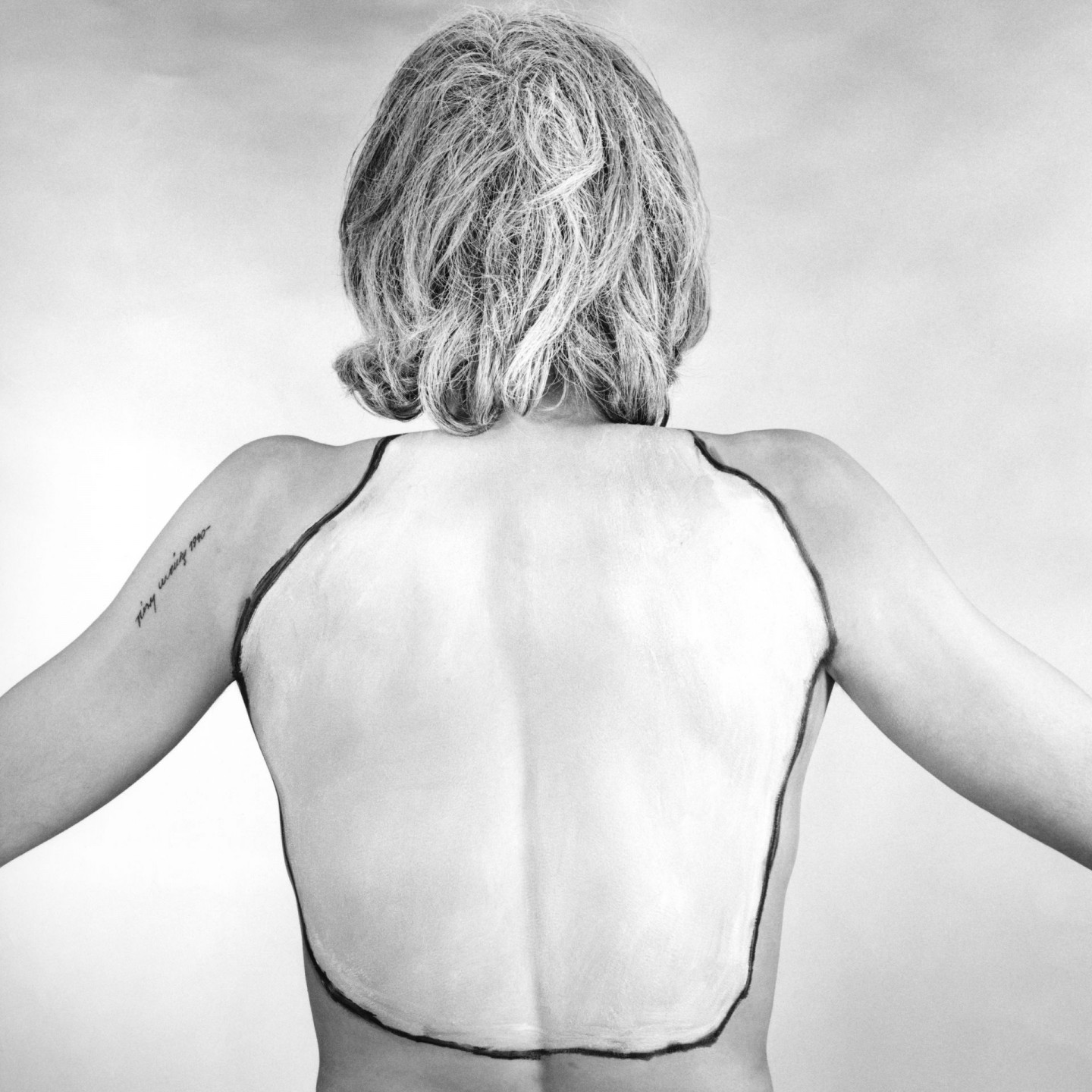 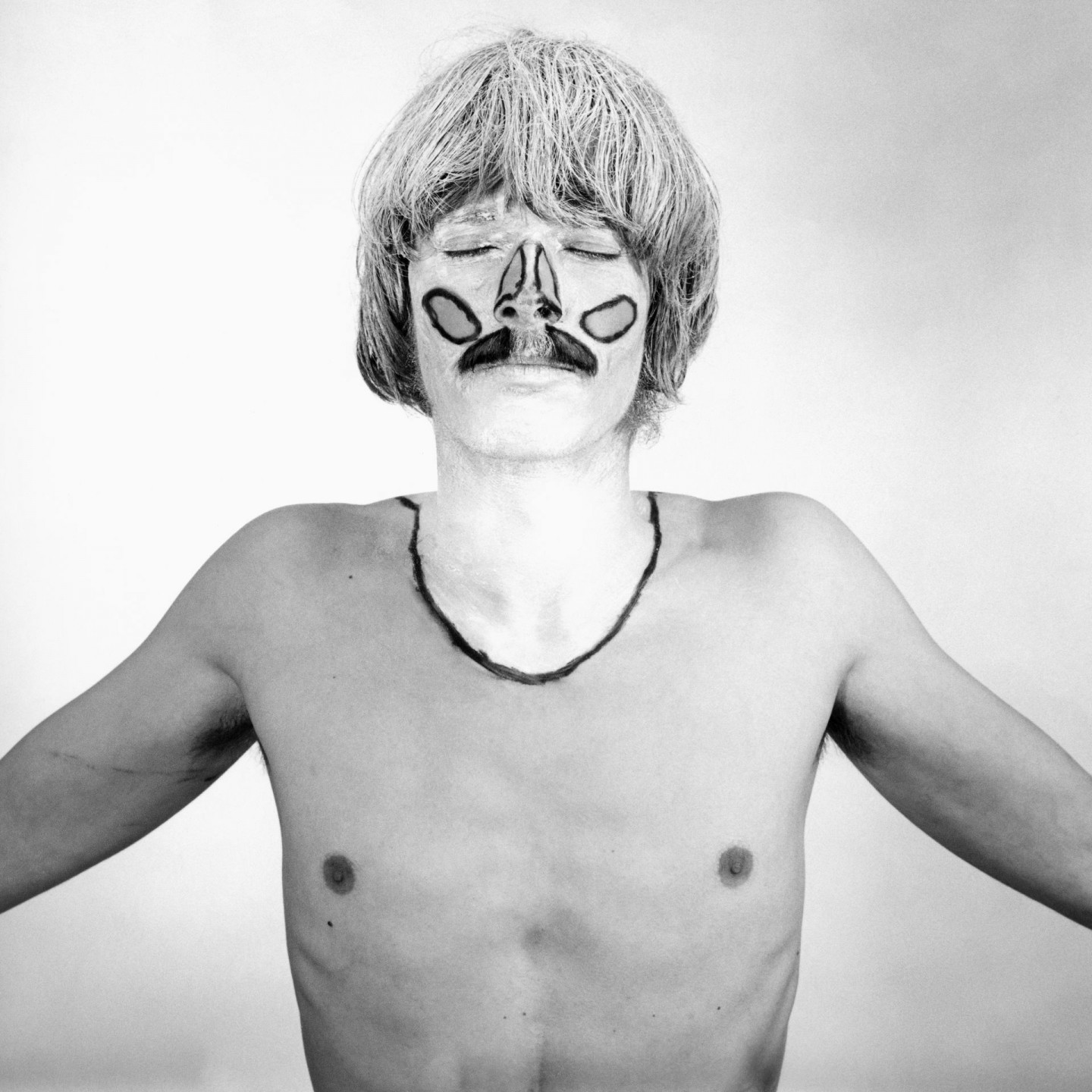 Two black-and-white photographs – the naked upper body of Timm Ulrichs – one taken from the front, one from the back. Some parts of the body are covered with white paint: face, hair and neck almost completely (on each side of the nose, each cheek and the moustache area on each side of the upper lip, two areas appear as skin-coloured islands within the white colour) – the same is true of the back, up to the armpits and down to the base of the spine. Thick, black outlines form the transition from the white colour to the bare skin.

The title, which, as always with Timm Ulrichs, is carefully formulated (down to the two hyphens), is illuminating. Marked in white are the parts of his body that he can never see – at least without aids such as mirrors – and which remain invisible to him as an observing subject: these are blank spots, and therefore marked in white.

This early work already contains much of what will later come to characterise Timm Ulrichs’s oeuvre: the permanent reflection on and exploration of his own person, of his body, and, in addition, a subtle approach to language, which the artist takes at face value, so to speak. Ulrichs’s life is essentially a continuous performance on the theme introduced into art history in the early 20th century by the historical avant-garde movements: the “sublation of art into the praxis of life” (Peter Bürger). And thus Ulrichs’s “2nd egotistical manifesto” of April 1966 begins with the words: “art is what i am!” 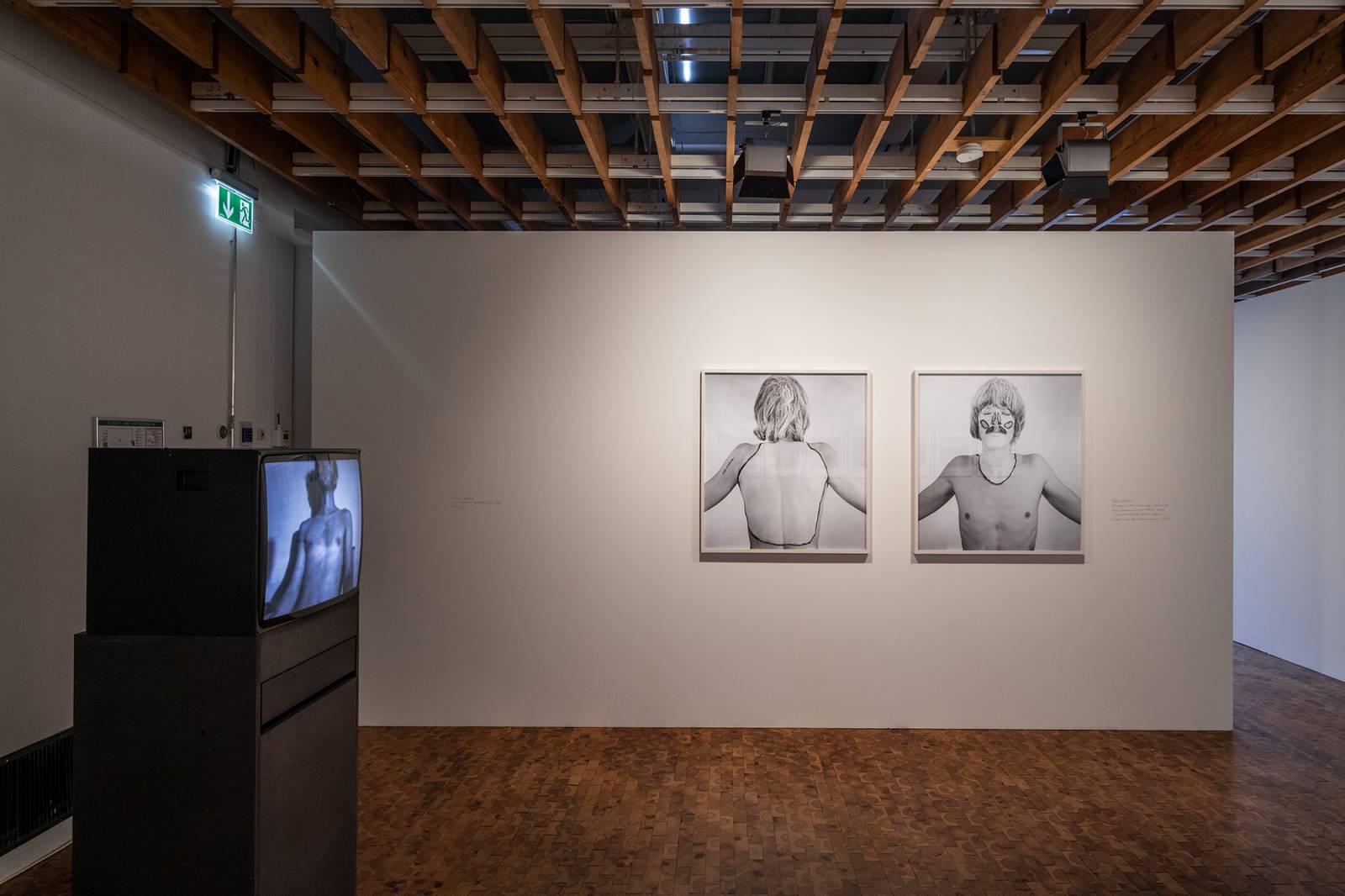 Günter Brus
Günter Brus is a co-founder and one of the most radical exponents of the body art movement, which merged with Vienna Actionism and was oriented towards ...
read more 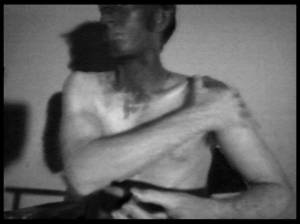 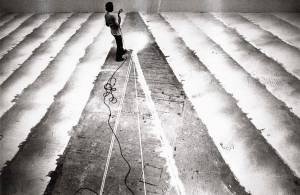 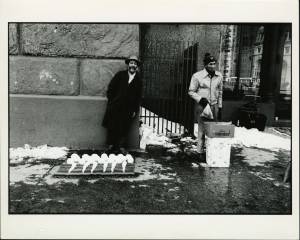 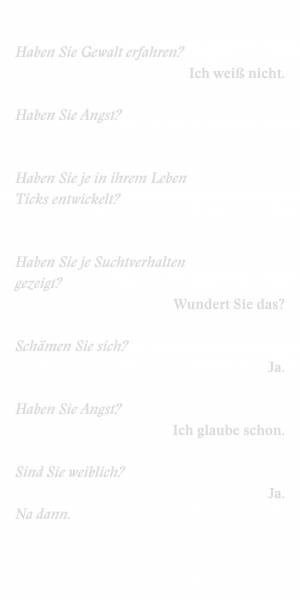 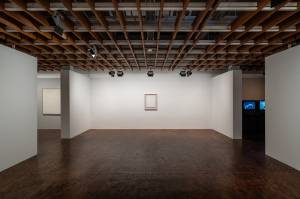 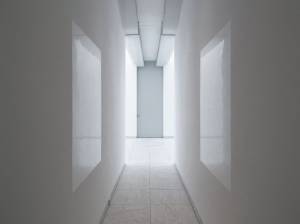 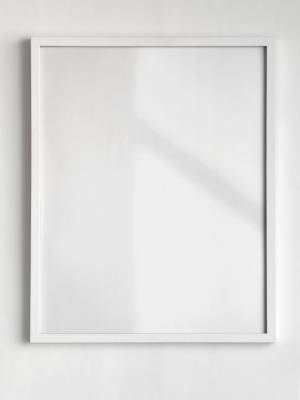 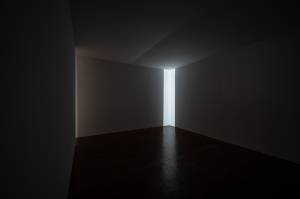 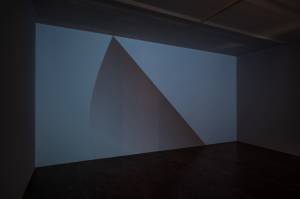 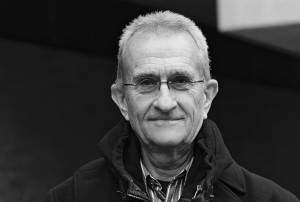 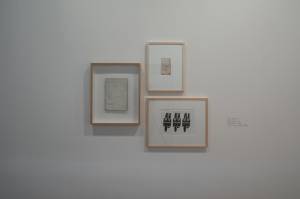